Great news! My 2007 mod Daark Twins has FINALLY made it into the Hall of Fame! WoOt! 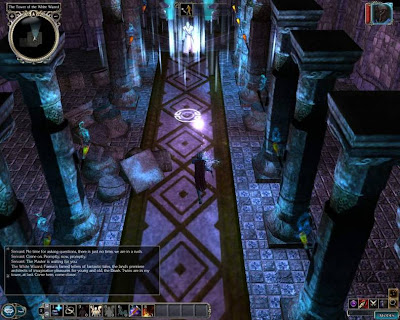 But my SoZ OM encounter reducer has made it, and that's kind of nice.

A little embarassing too, since it has to be one of the Hall of Fame honorees that has required the least effort in the history of the Vault: there's about one and a half line of code involved in that submission... I guess I did have to figure out which script to edit, but that took all of 15 minutes, tops. Of course there was the testing too, and writing the Vault entry description... ;)

But I guess it's not just a recognition of effort put into the submission, but also of the need that it met for many players, including me. This little edit turned an annoying game into a fun and playable one. I am happy to find out it wasn't just me who felt that way.
Posted by EC at 9:07 AM

Don't feel bad; your fix is worth the Hall of Fame because it pretty much transforms SoZ from an annoying waste of time to a playable product.

I'm sure tons of people who don't know how to script appreciate it. :)

Yeah, it's not the size of the submission that matters... ;)

But seriously, congratulations - like Azenn said, I'm sure a lot of folks appreciated that slight modification, which had a big effect on playability!

I agree full heartily that it IS a must have for SoZ.

Even though it felt like an easy fix to you, it was still more than most folks could do, (myself included).

Thanks and wouldn't be able to play without it.

Thanks guys! Glad to hear you are using it, Chet.

The only podcast for NWN2

Other NWN2 Files by Team Members

Reviews of our Mods

A Time to Die Saga Trailer